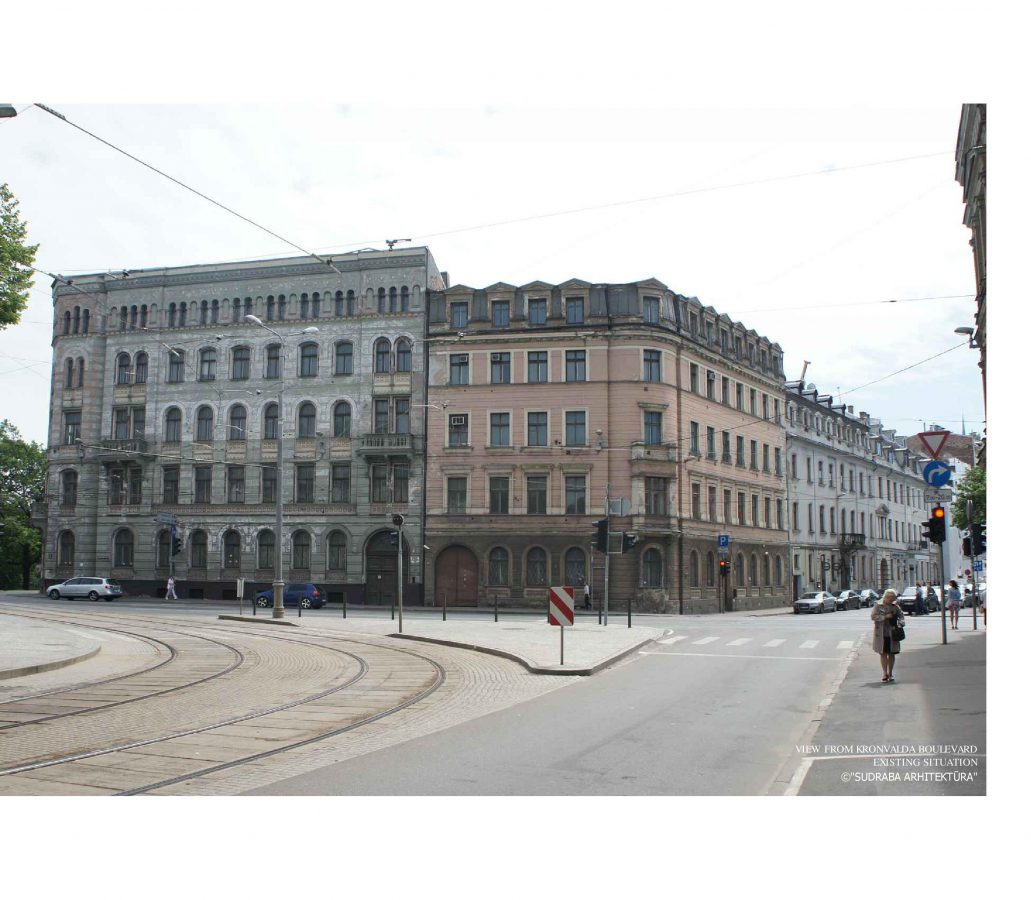 Both buildings have been designed by Janis Fridrihs Baumanis and built with a two year difference. Building on the left side was built in 1876 while the other building - two years later (1878). Initially buildings were built as dwelling houses but later their function was changed into public buildings. Over time many different institutions have been located in these buildings - music school, typography, student corporations, etc. Argentine consulate was located there in 1930s (interior finishings in the 3rd floor have been partially preserved from this period). 1950 - 2005 buildings were used by Latvijas Kuģniecība. New roof extension has been designed in our project to improve the composition of existing roof volumes (please see the image attached). 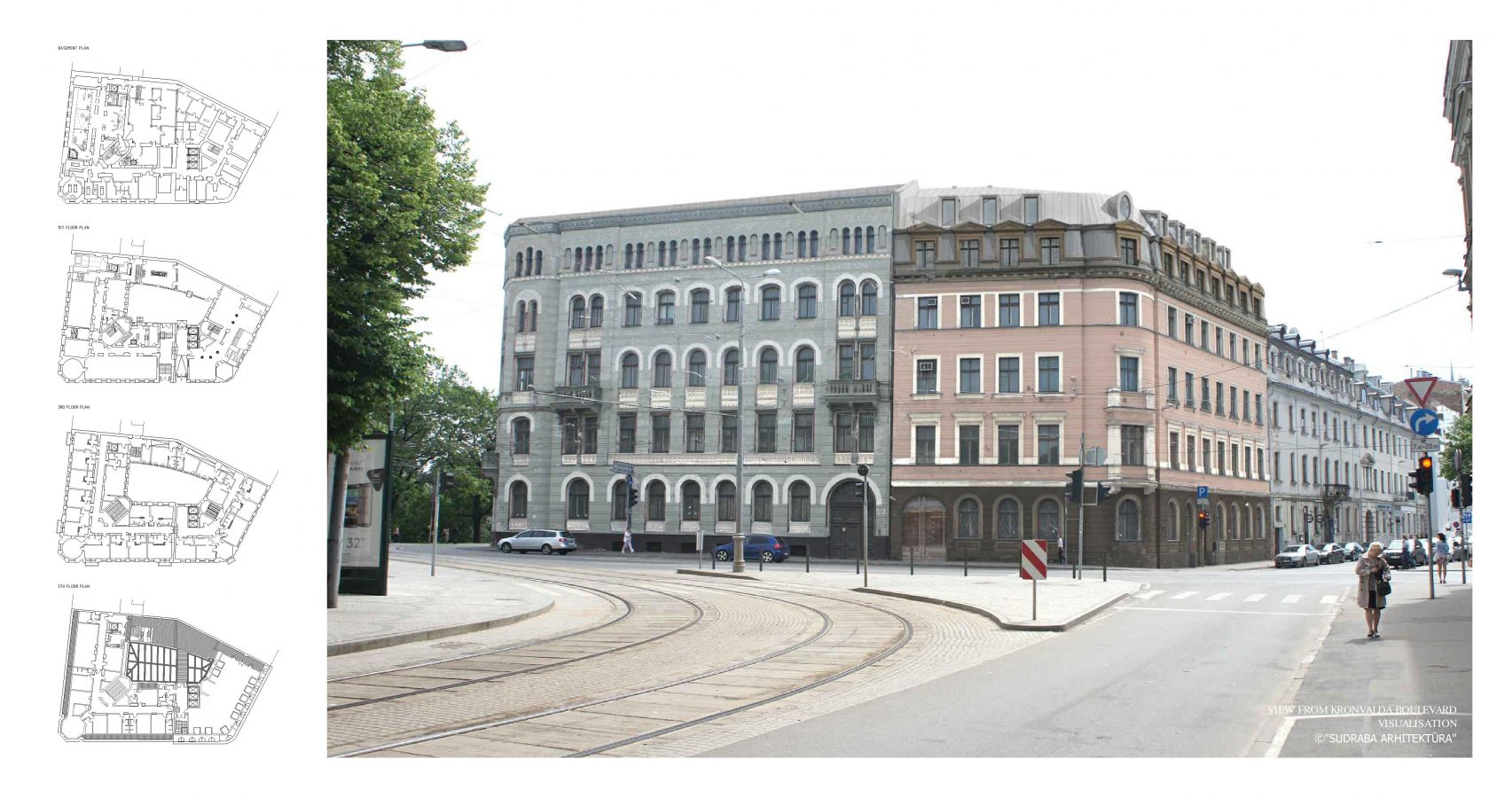 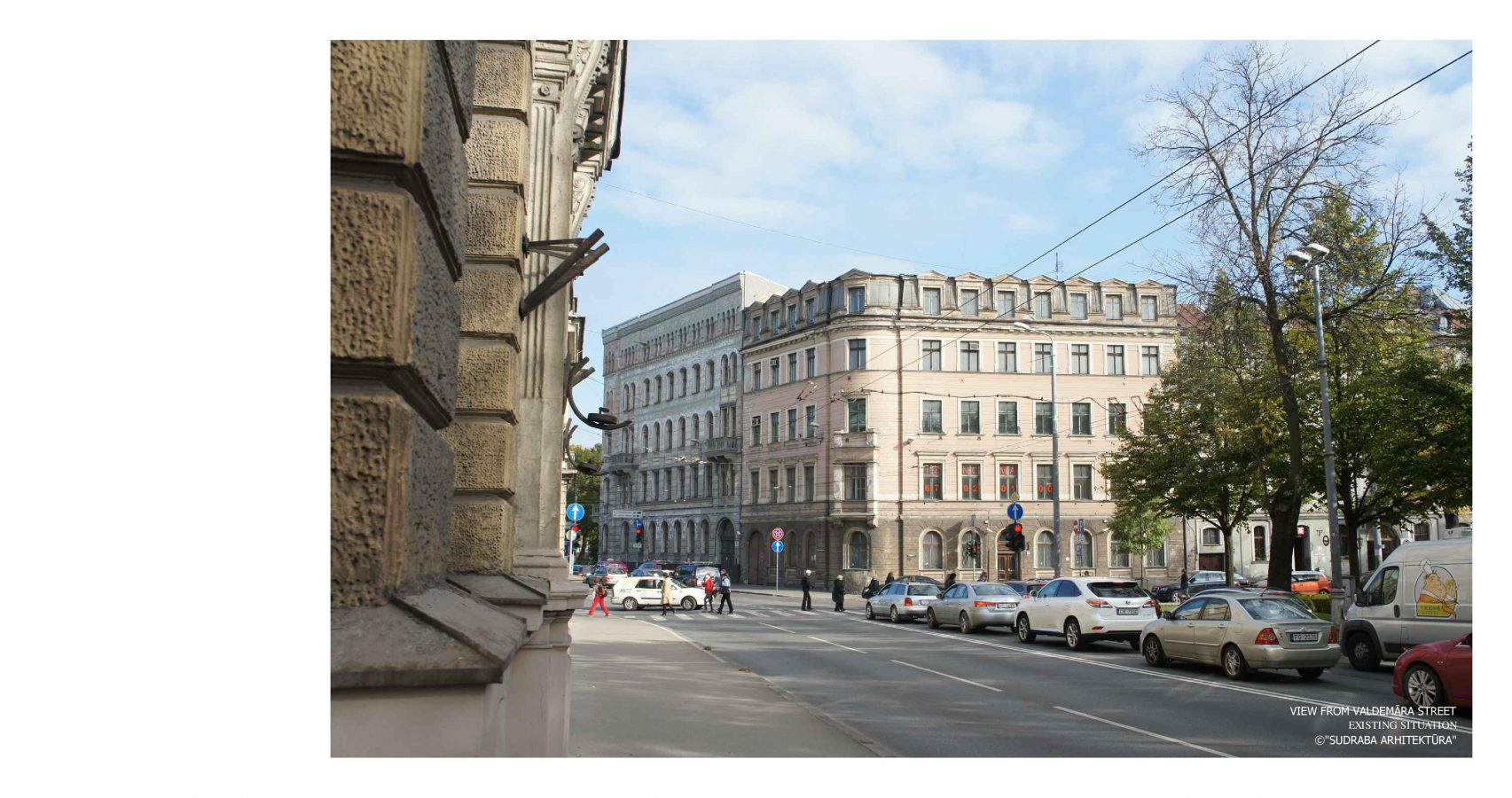 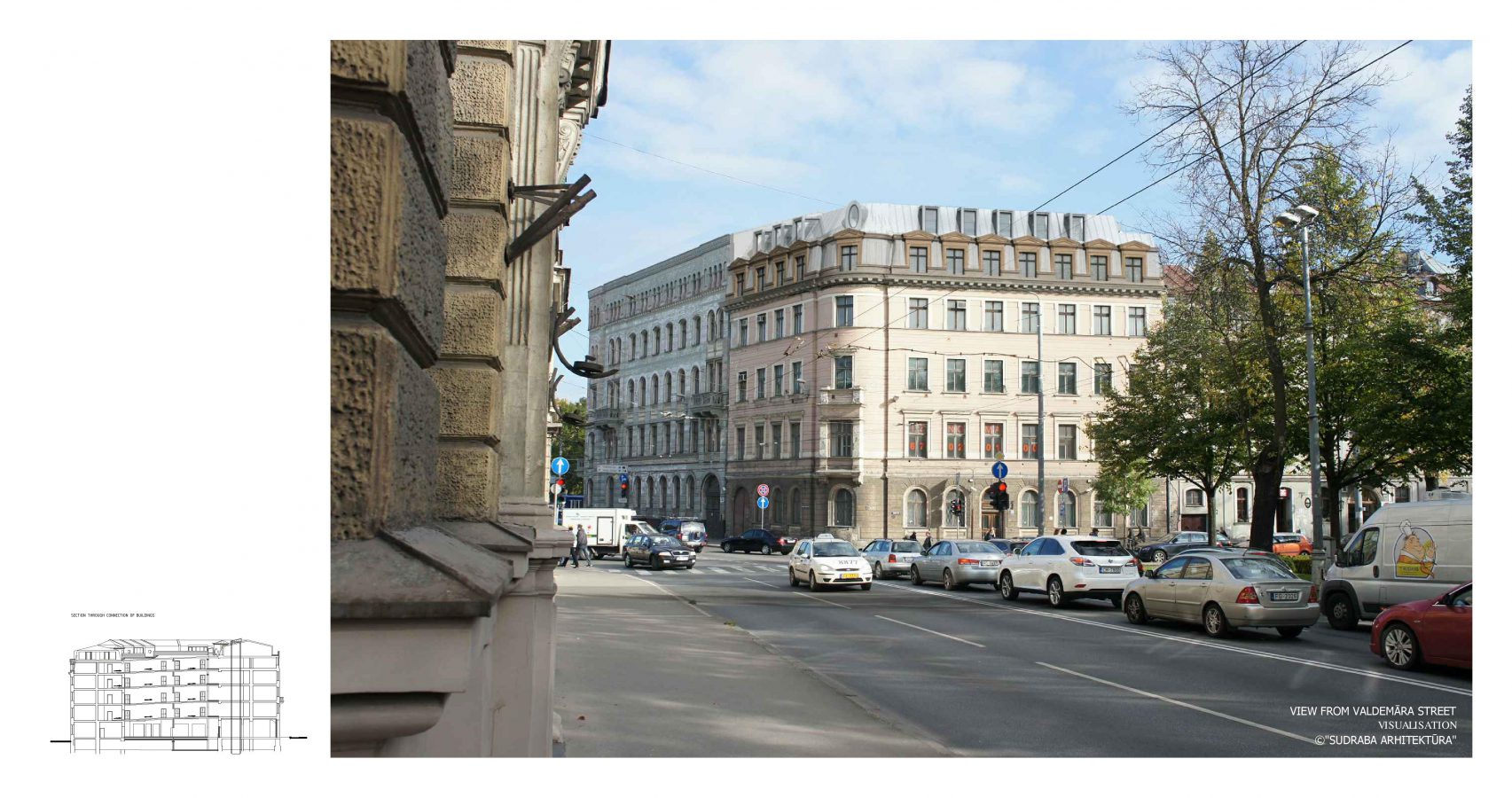 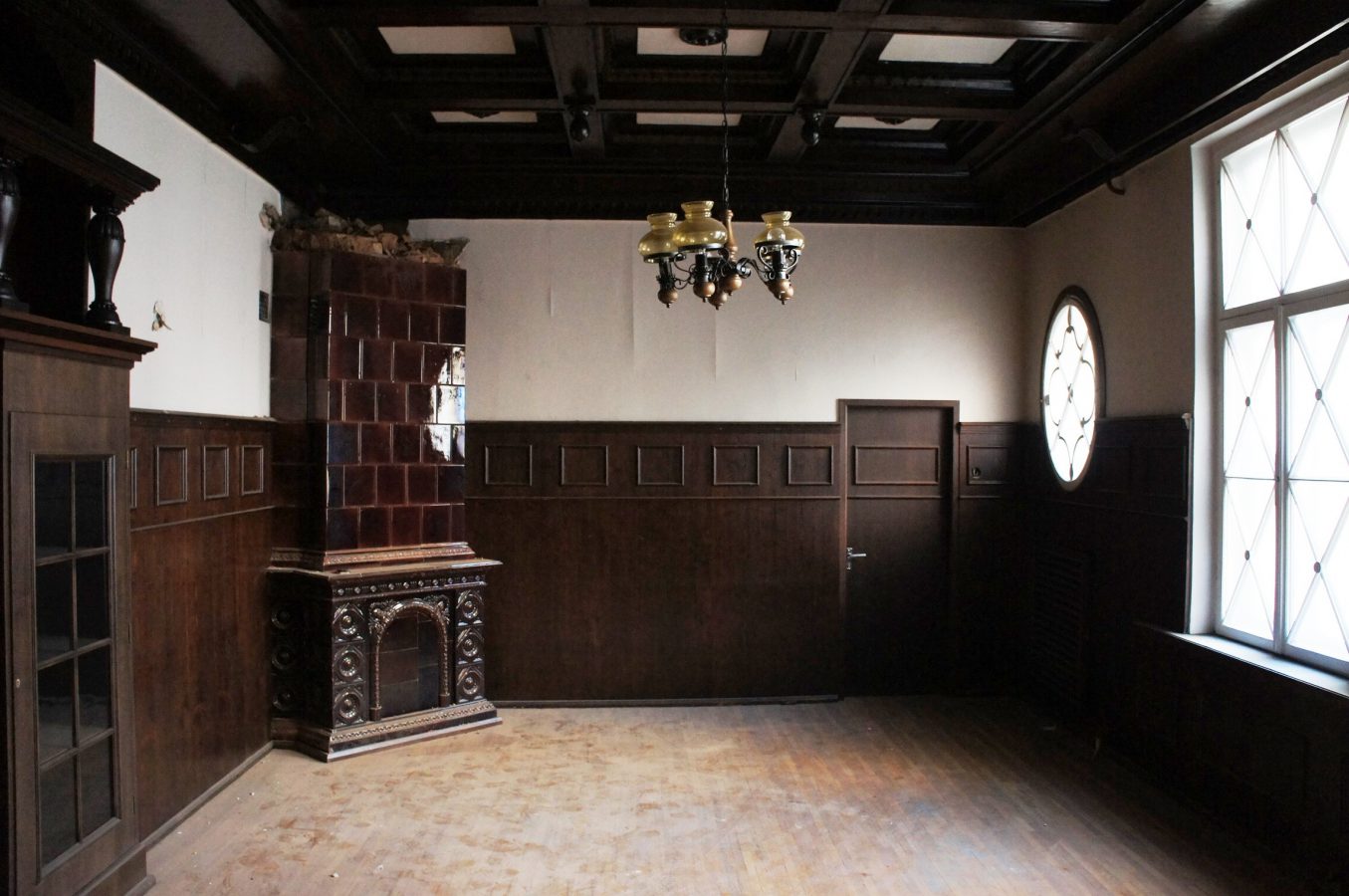 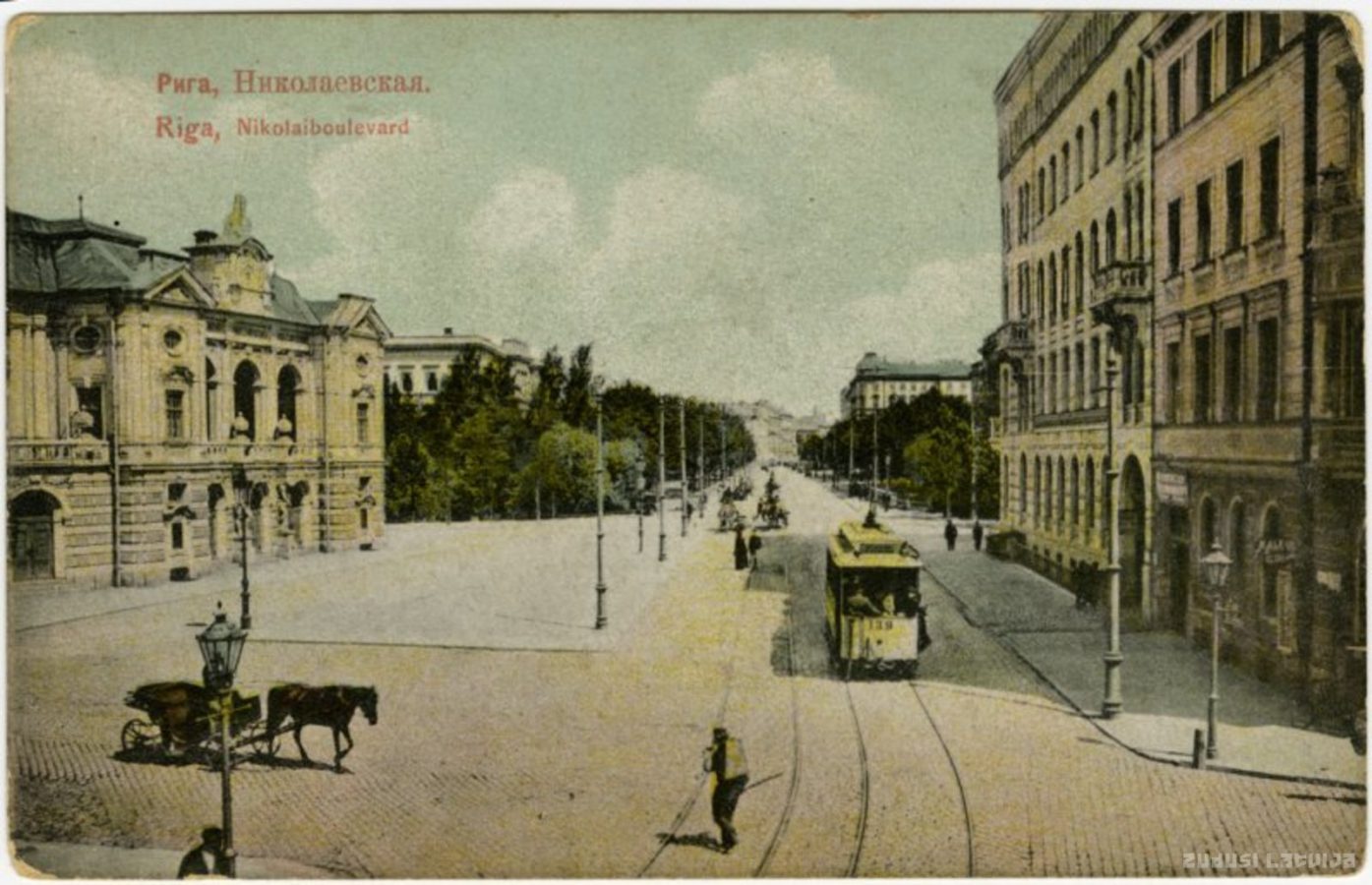 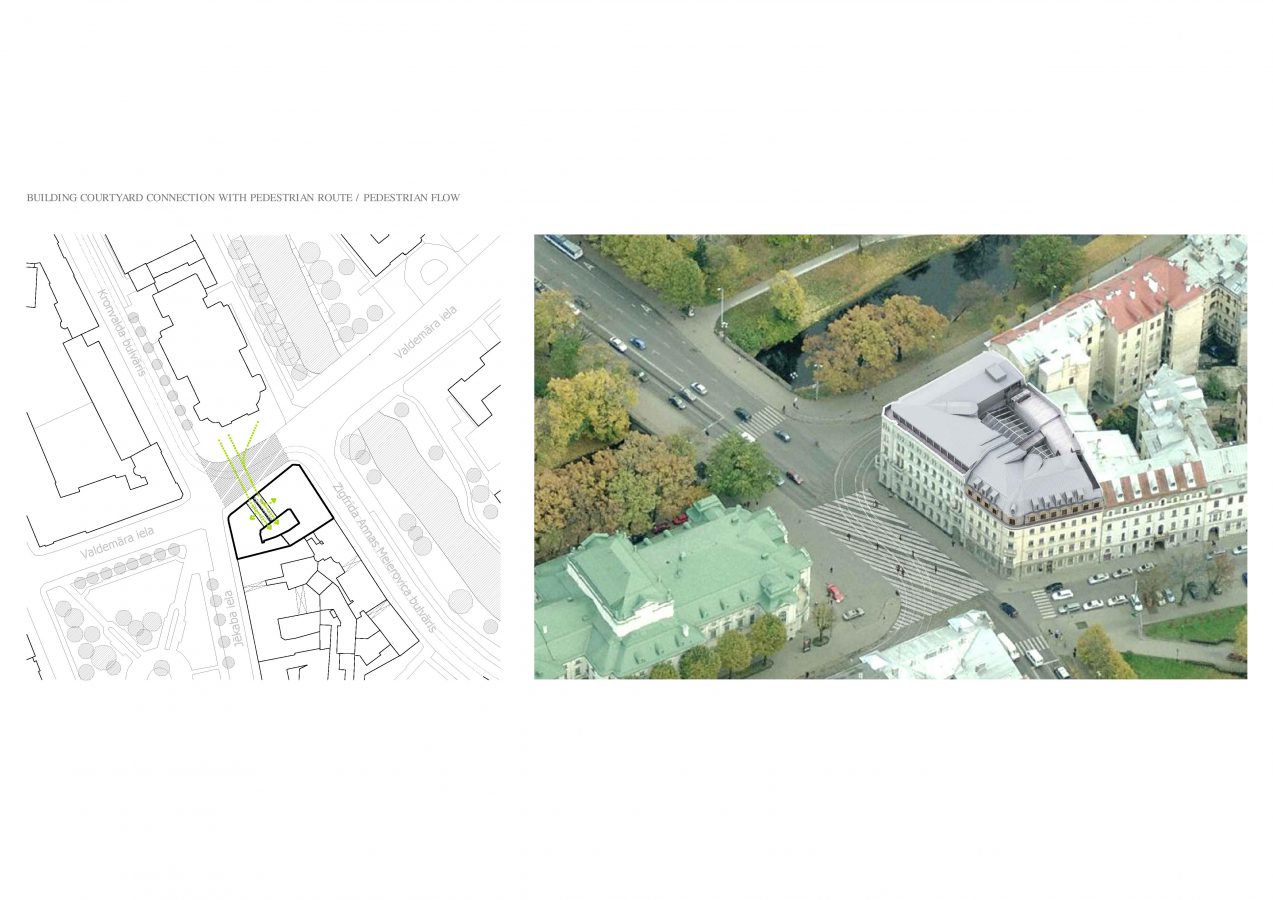 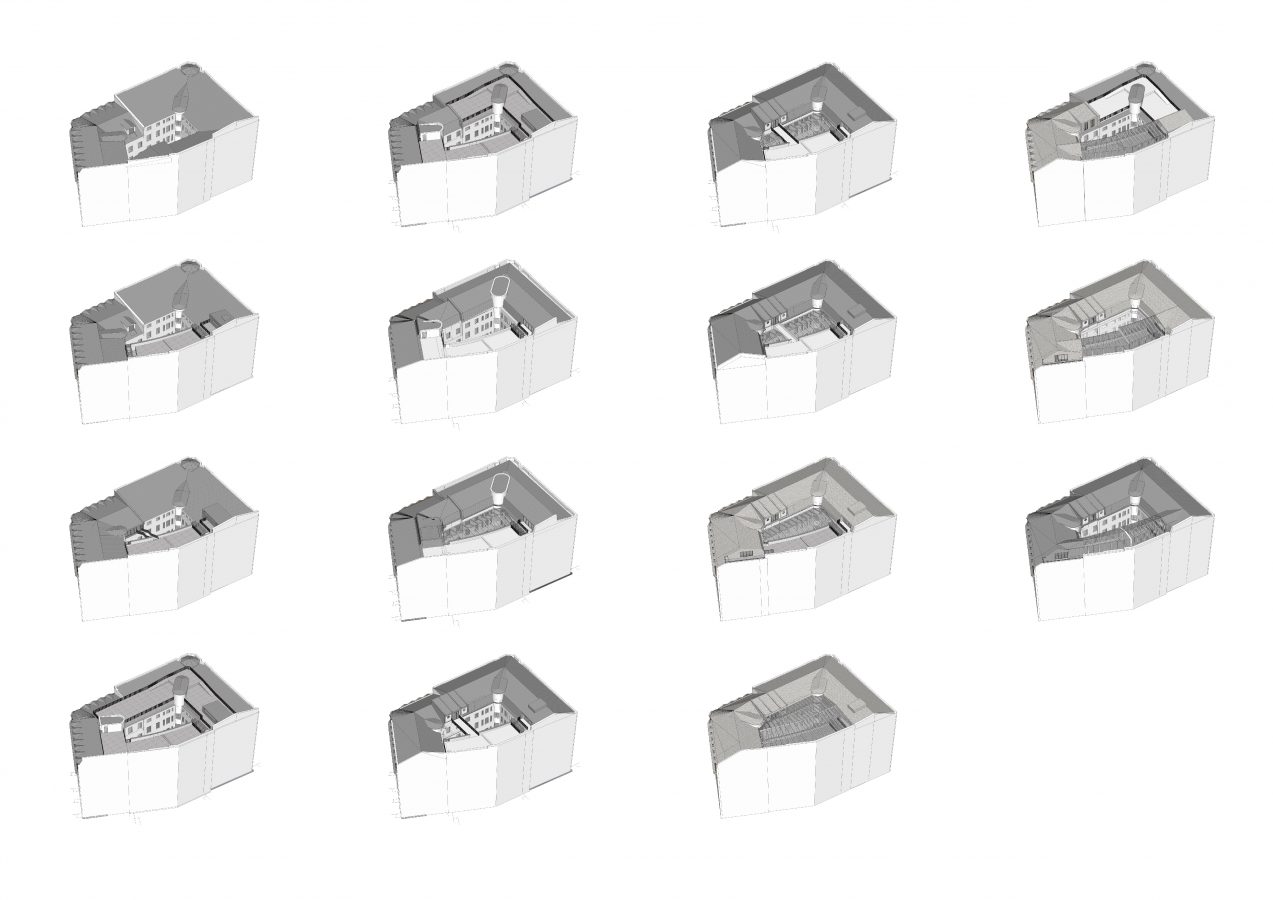 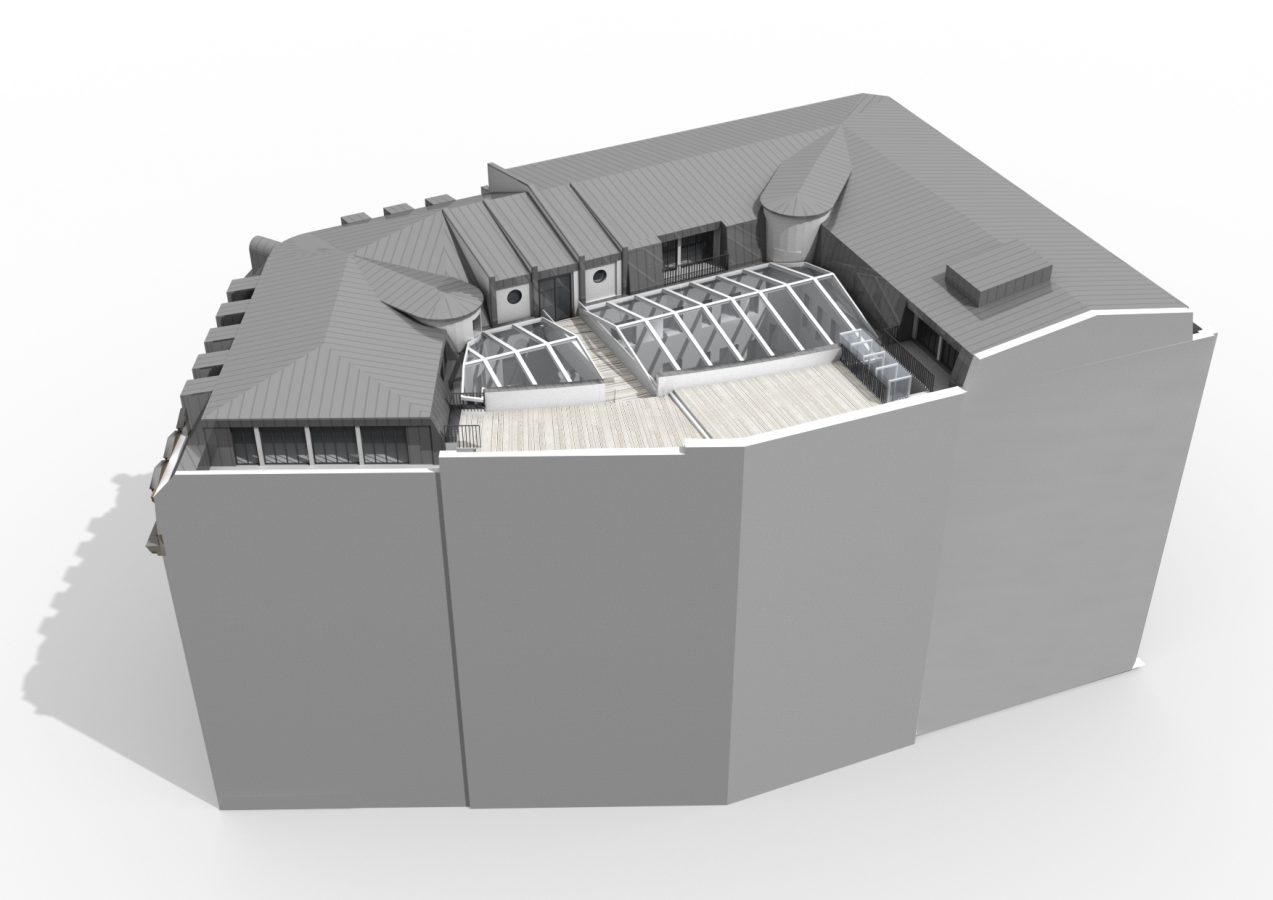