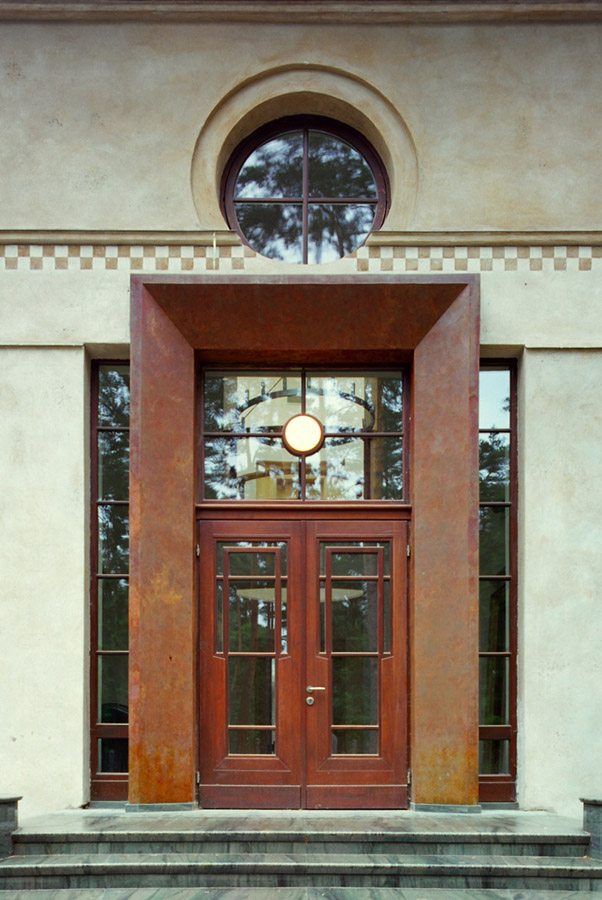 Private house is located in Mežaparks – historical district of Riga, which is considered to be one of the first examples of garden city in Europe. New building is retracted from the street and located in the rear part of the plot, integrating it into the surrounding streetscape. The private house has a two-storey symmetric and introvert volume with a two-storey cylindrical hall in the middle. Central rotunda is covered by skylight, which creates light interior for outwardly massive volume. Four symmetric facades of the house include four different architectural elements. Natural finishing materials are used in project – oak, stone and rubbed and tinted coal black facade plaster. 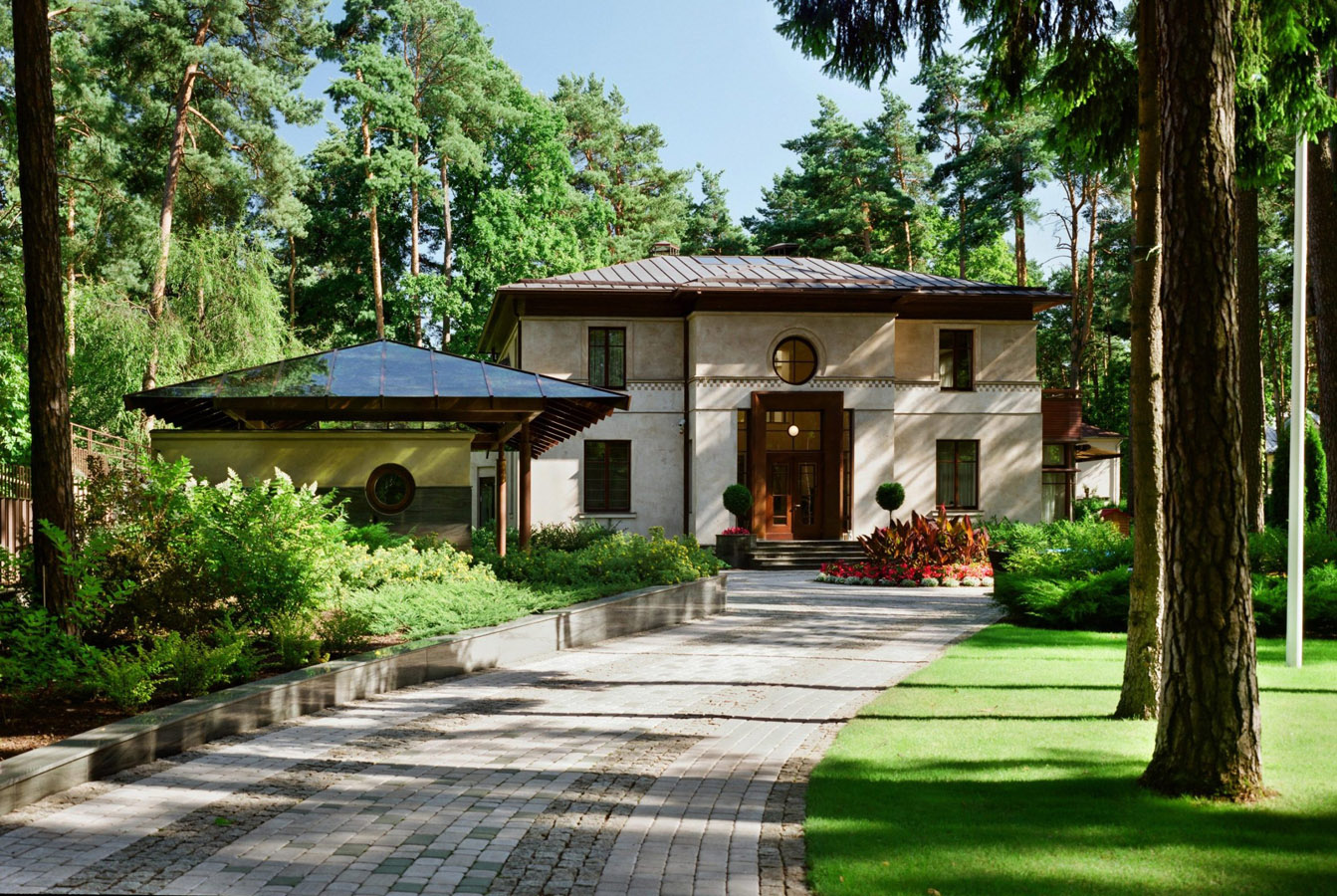 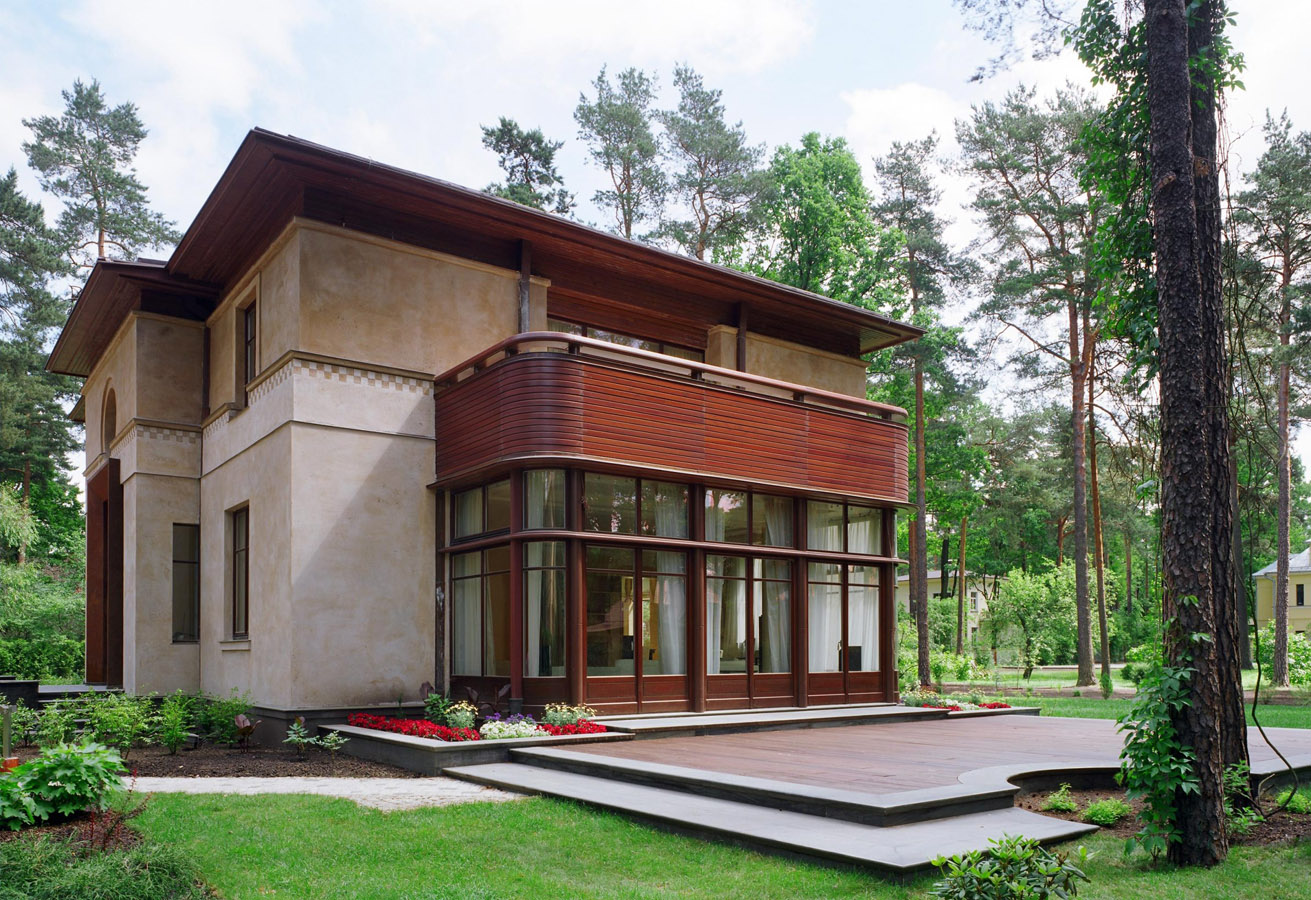 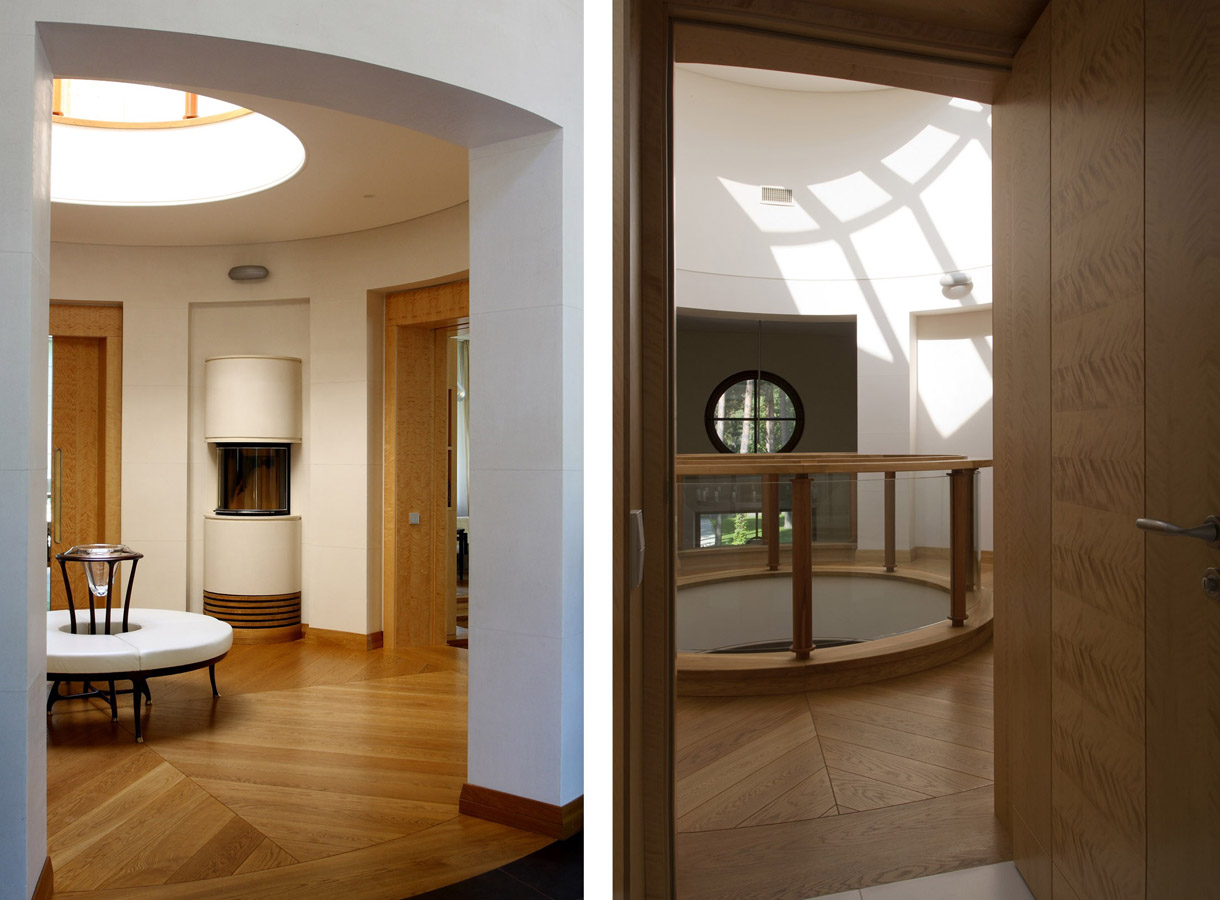 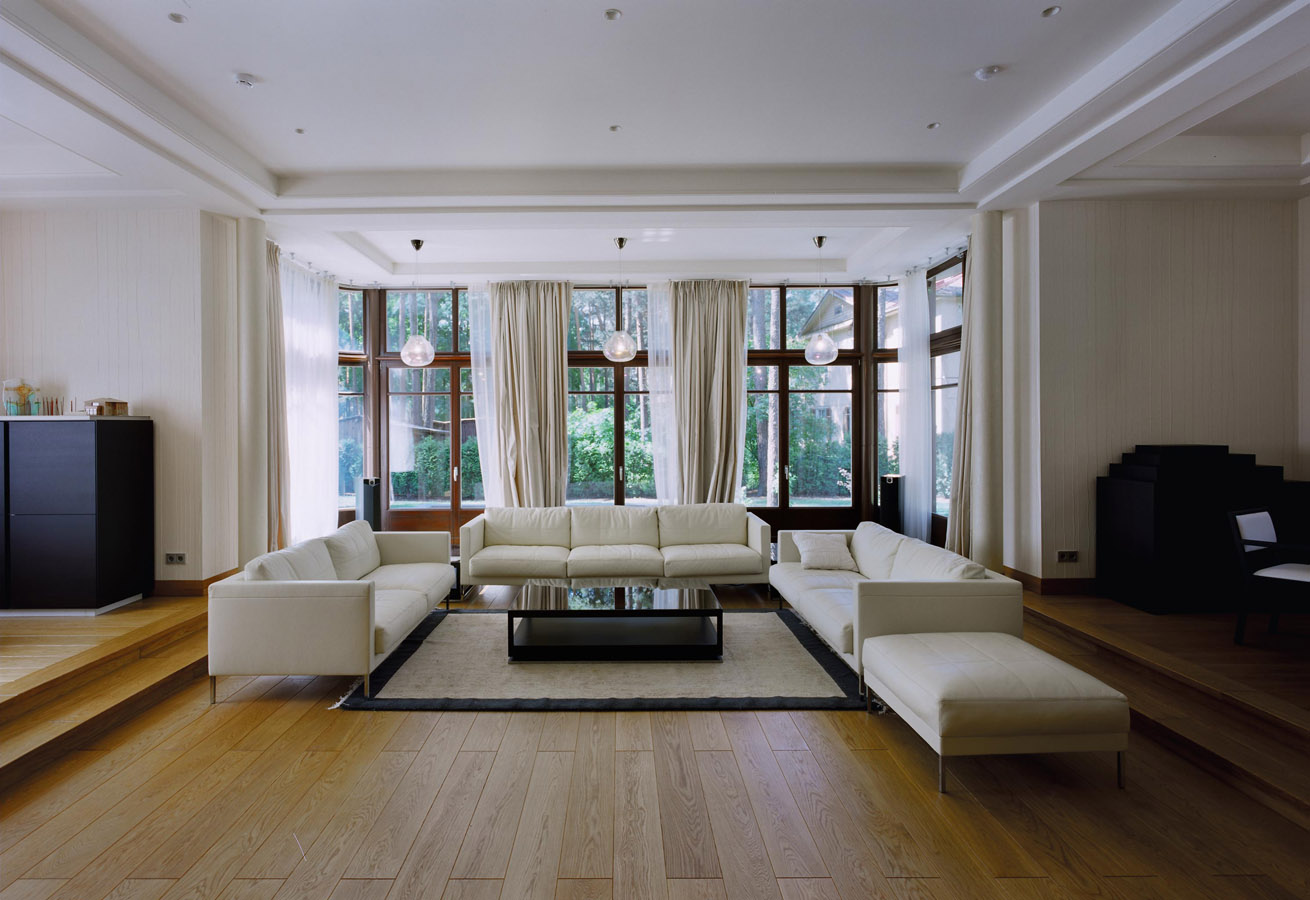 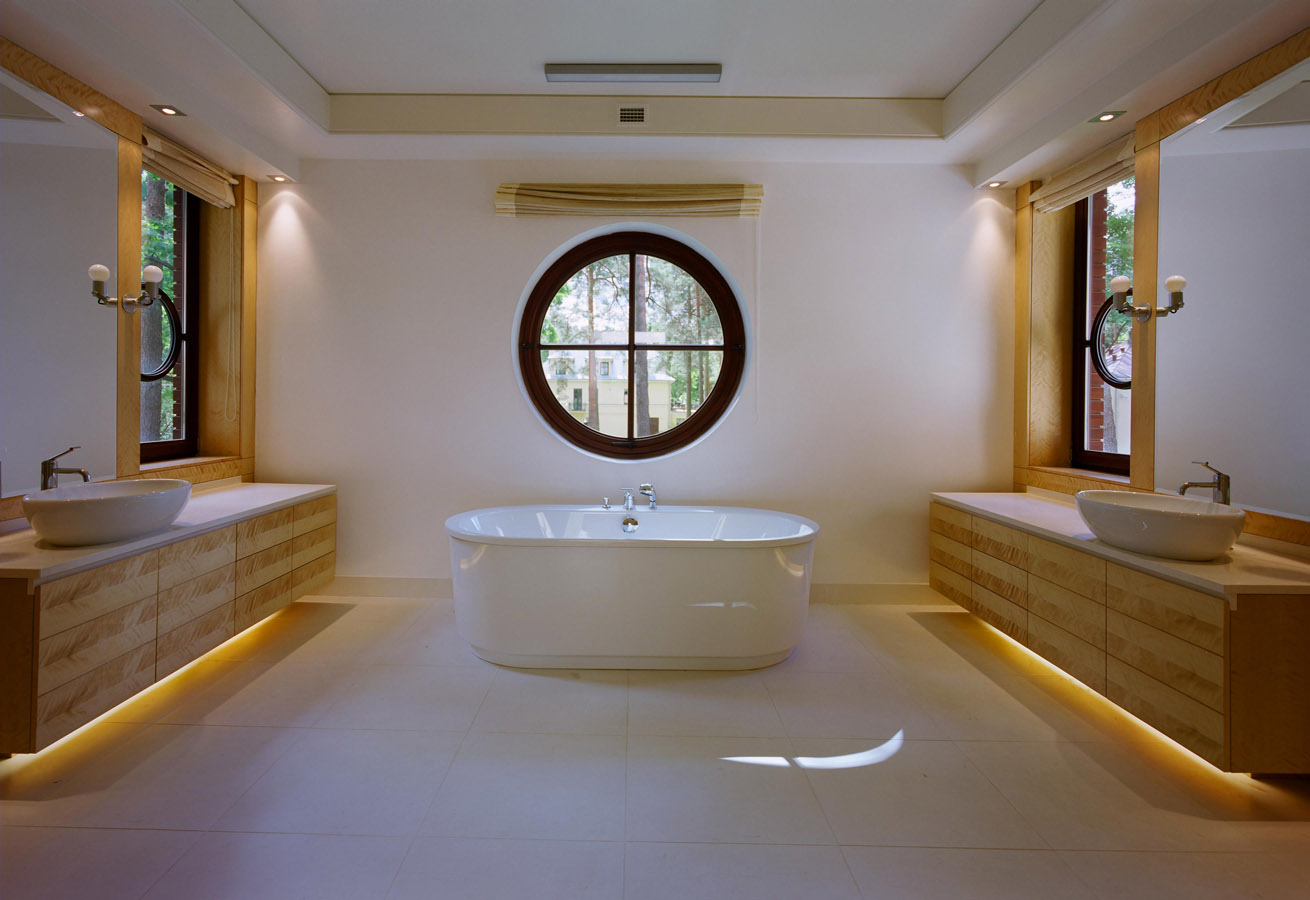 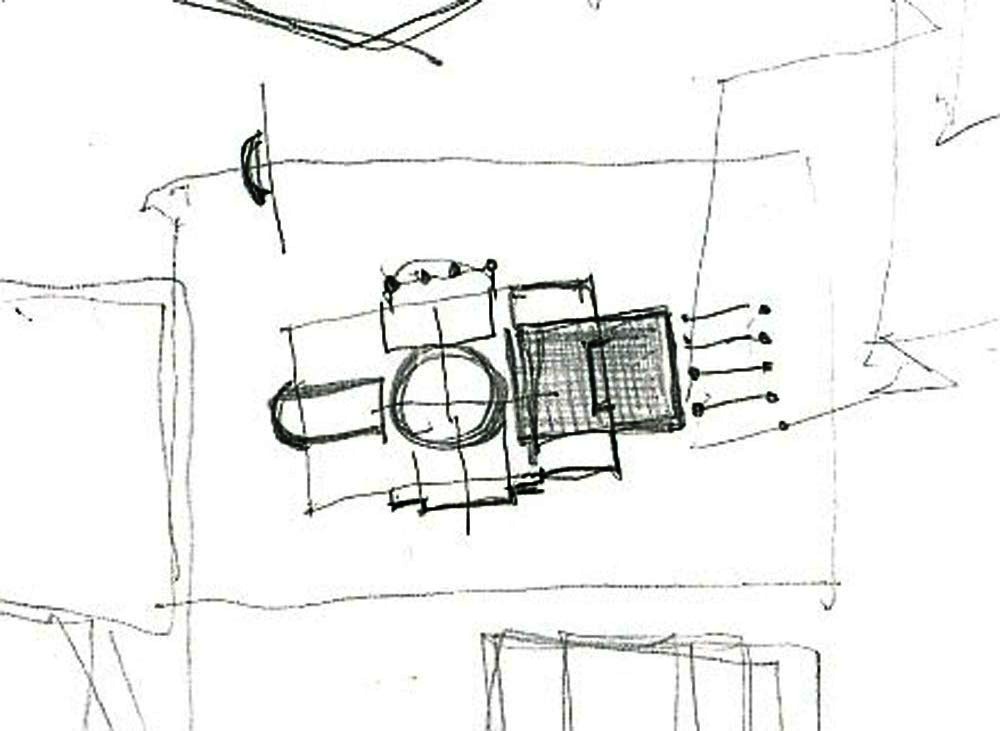 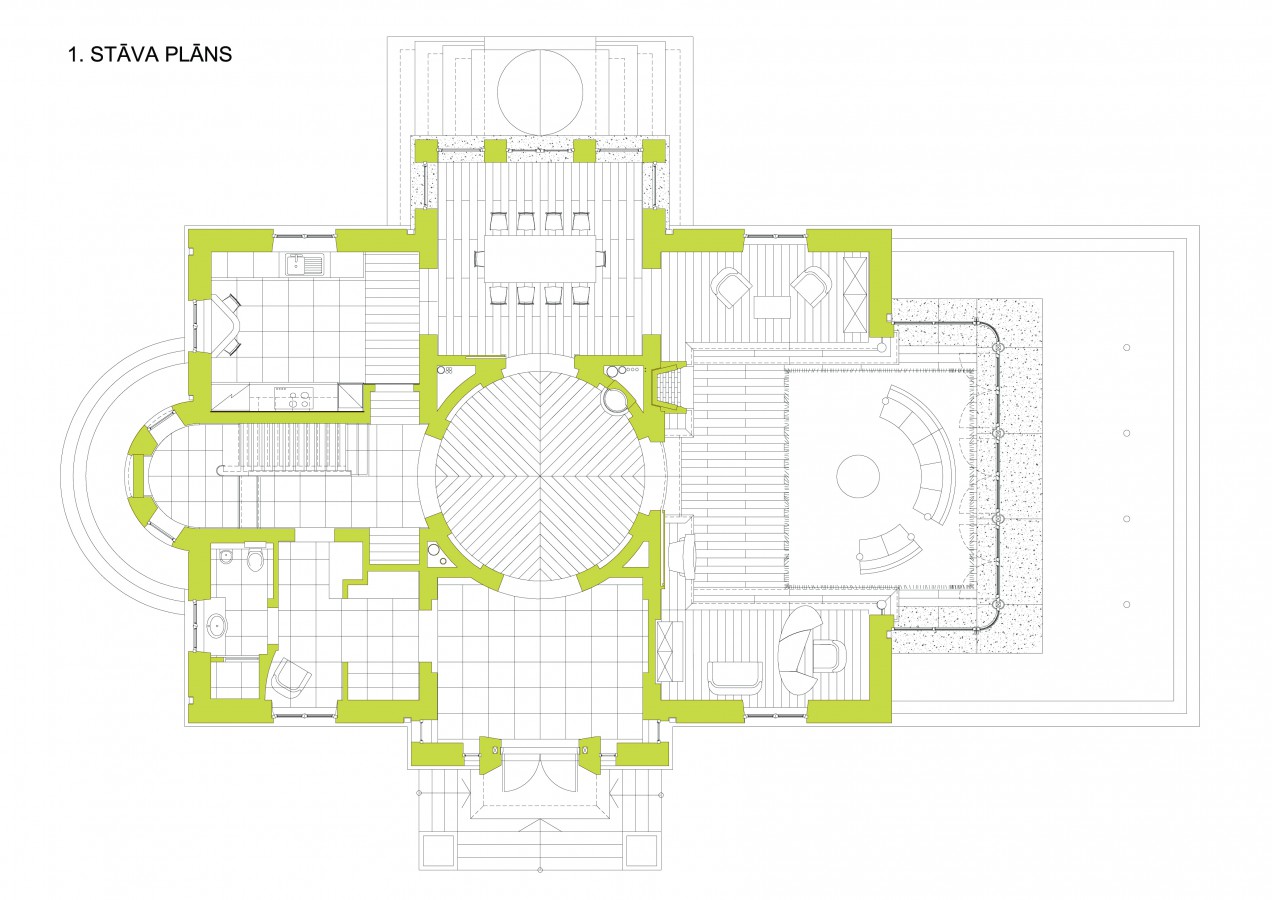 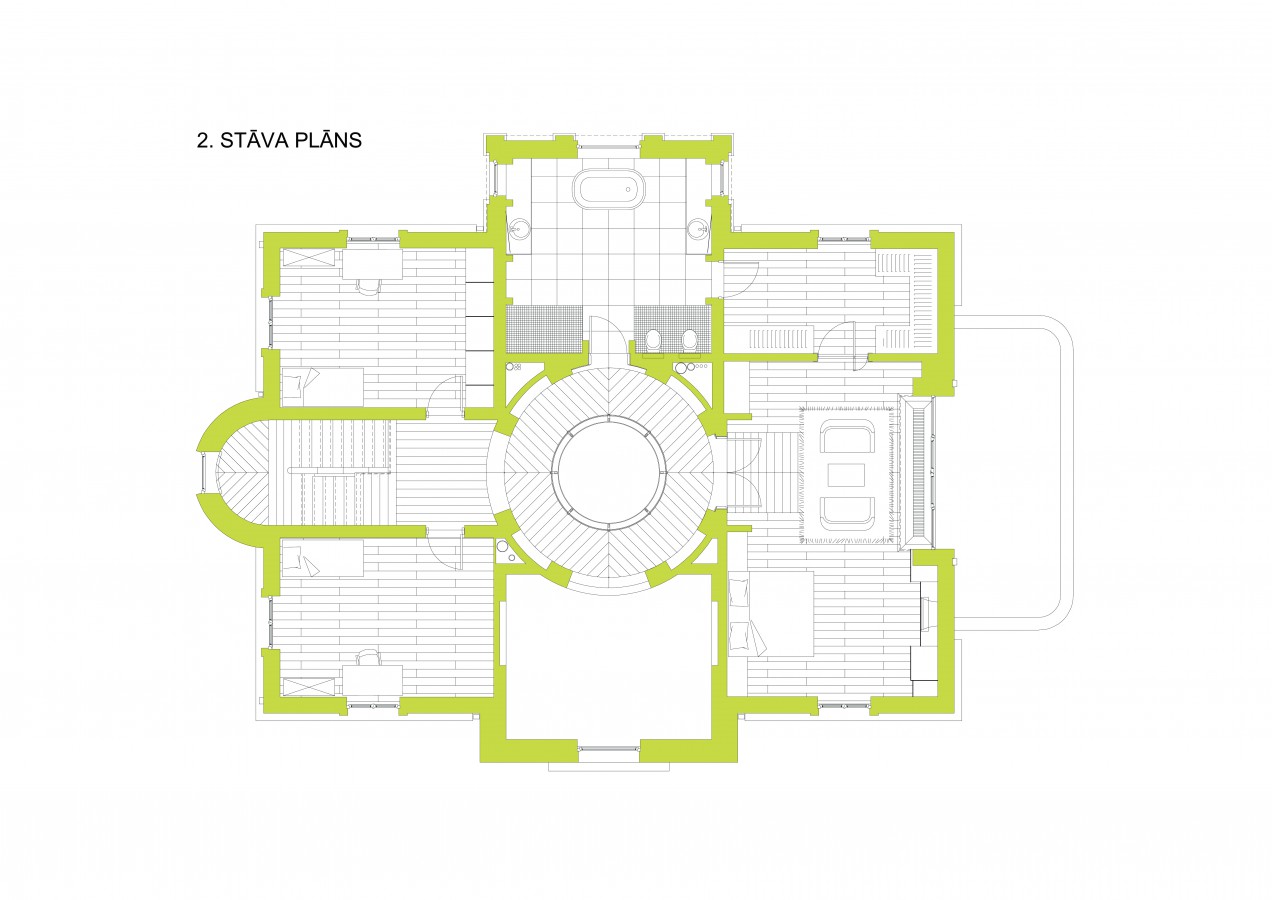